Sunday 2nd August
Started yesterday off with a good six mile run on the beach here at Byron. I can now confirm that the beach one mile north of us is a nudist beach! This was evident from the parade of fat middle aged men walking up and down the beach wearing bugger all! Running gives you a lot of time to think, and yesterday I was thinking “Please don’t let me have a heart attack and die here!” I could just imagine the comments at work where a good rumour is always better than the truth –
“Do you remember Rocky?”
“Was he the one who got bummed to death on a gay nudist beach in Australia?”
“Yes, that’s the one!”
Anyway, I survived.
As me and Josh were walking back from the beach to the hostel, we saw the biggest snake in the world on our path! Bloody hell!! It was enormous, or as Josh so succinctly summed up “It were huge!” Aaaaargh! I’m not very good with snakes! Some nutter just picked it up by its tail, and threw it back in the bush. Apparently it was a Carpet Python and about 4m long. I am as scared of snakes as I am of work….
Next door to the hostel is a superb bar/restaurant called The Treehouse. It serves the finest pizzas I’ve ever ever tasted, my favourite being the pumpkin pizza! Absolutely incredible tasting! They also have live music on each evening, and the Mississippi Blues band on Friday night were fantastic. What a great place. Sadly it’s having an enormously detrimental effect on our budget, which is beginning to look a little bit frail…. Still, only 10 days to Asia, where our money should go much much farther.

Today we’ve walked the coastal path, giving amazing views of the bays, and we were able to see whales splashing in the sea, and dolphins surfing on the waves. Beautiful.
Tomorrow we’re going to visit the hippy commune at Nimbin. This was the site of a hippy festival decades ago, and many of the visitors never left. Nimbin apparently has a very relaxed outlook on the use of drugs, and cannabis and space cookies are openly sold. Of course, as an officer of the law I couldn’t possibly condone this blatant breaking of the law, but I suppose I’ll just have to let it go…..
My Garmin GPS running watch packed in today, so I’ve lost my entire year’s history of runs! And my trainers have done so many miles that they’ve now got holes in. More expense…… Still, as long as we’ve still got enough money for beer I suppose we could always do without food…
Charlotte continues to entertain us with her random thoughts. Here are just a few –
When going kayaking on a still river, Charlotte asked “Should we wear helmets??” (Health and Safety gone mad)
She described someone as a Ten Pound Tom (meaning Ten Pound Pom)
Today, on hearing a bird singing outside a room she said “That’s a pretty bird” Straining my eyes, I asked where it was. She replied “I can’t see it”. So how do you know it’s pretty I asked. “Well, it sounds pretty!”
On queuing for petrol at a busy garage Charlotte said “Well, it’s Friday”. No other explanation given.
And she wonders why me and Josh take the piss! 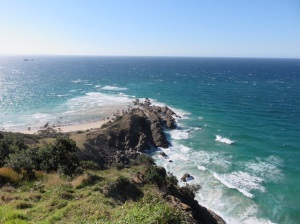 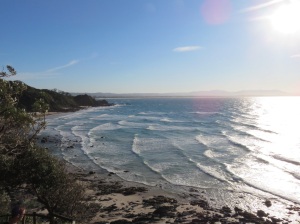 One thought on “Naked men and snakes!!!!! Terrifying!”